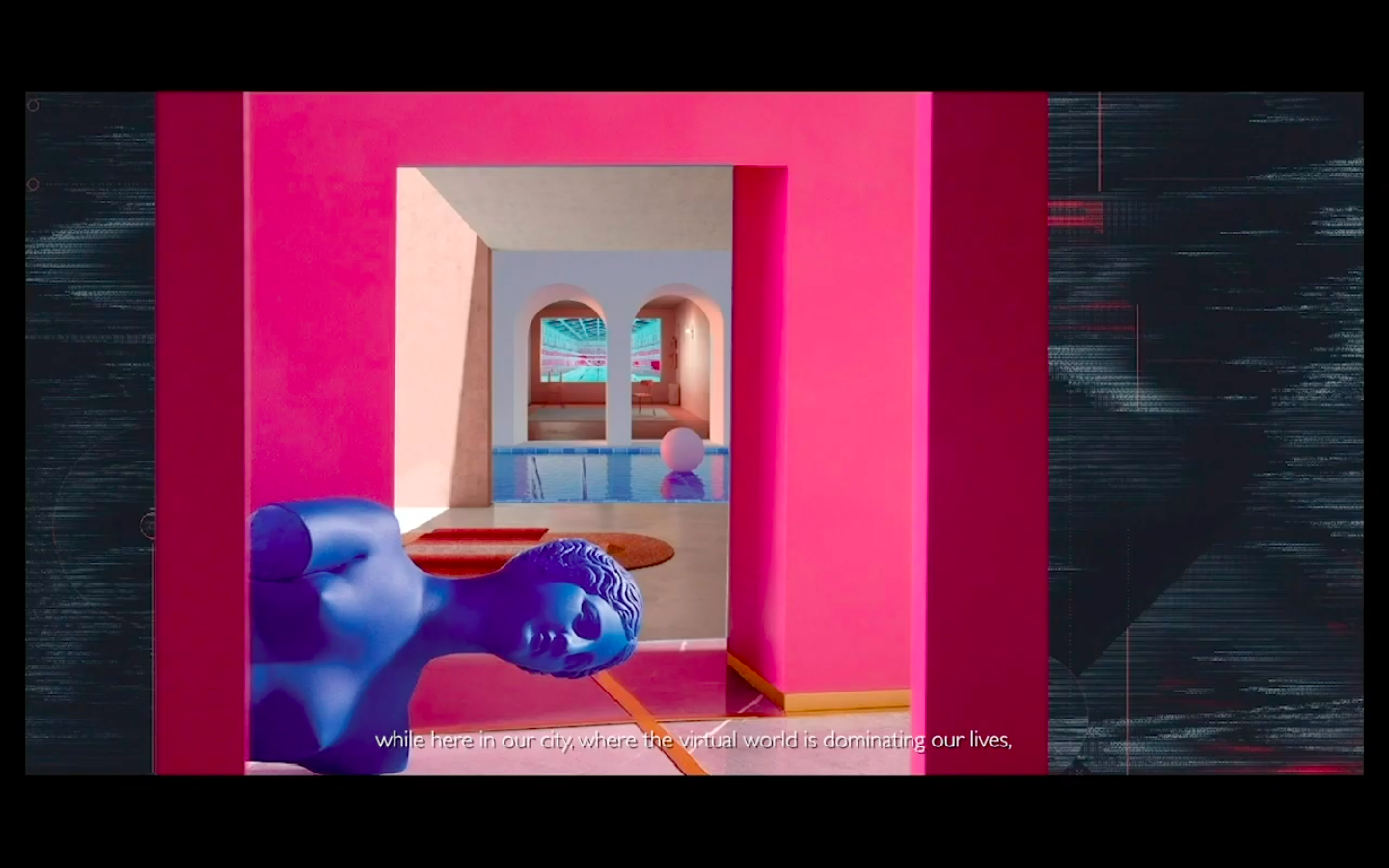 Democratopia – somewhere between dystopia and utopia, the concept of data driven direct democracy in virtual spaces of futuristic city scales. I think beyond the given context of society, and speculate on a future alternative reality that is neither right nor wrong. Within one of the futuristic cities where data-driven democracy prevails, I speculate future public virtual space where people meet to shape how their city/city architecture is developing. Using AI architecture agent and other technologies. I am not trying to predict the future or propose a future scenario, I am just speculating WHAT IF the society where everyone is politically active where people have full inﬂuence on decision-making. Film itself can be a good seed for collective imagination of alternative narratives. Also one of my intentions was to create a vehicle for public debate.Too much of today’s political discourse is focused on small changes to what is, and we seem to be running short on the grand visions.

Lina Dovydenaite is an artist and architect born in 1991 in Lithuania. She studied architecture at the Vilnius Academy of Arts, Oslo School of Architecture and the Bergen School of Architecture.While studying, he started working in the field of trapdisciplinary art. In recent years, the artist’s works have been exhibited in Bergen, Oslo, Rome, London,South Korea and Lisbon. Her work was exhibited at the London Design Biennale Design in a Crisis Age this year. Also Perspectives 2021 at the Zhuong Institute of Contemporary Art in Gyeonggi-do.This year, her work will also be on display at the CROSSROADS Building the Resilient City, Seoul Biennial of Architecture and Urbanism 2021.Lina Dovydenaite is confidentially moving between different disciplines – architecture, video art and speculative design.Lina Dovydenaitė’s video works are exceptional, examining political and future technology issues, imagining speculative future scenari- os. Her projects are a great basis for public discourse.