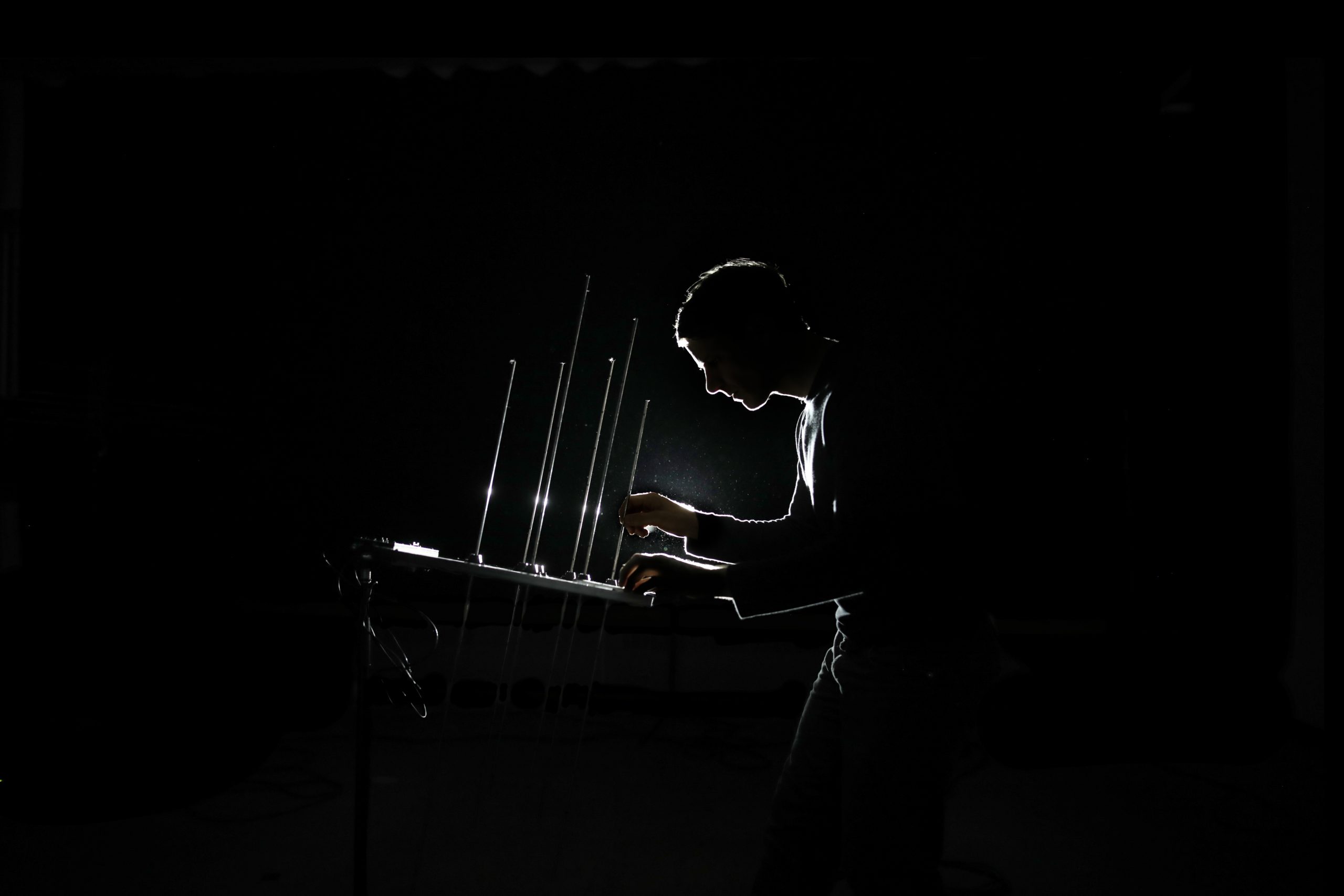 An audiovisual performance in several tableaus, Echo Chamber takes its inspiration from technologies that let us probe inside the body, such as ultrasound and acupuncture, generating a sound composition in which the idea of resonance predominates.

In creating a modular interface of three panels allowing multiple manipulations, Messier has determined the boundaries of the possibilities for the performance of a choreography of sound and light.

Like the ultrasound needle palpating the body to reveal what might be in its interior – a living yet invisible presence? – Messier’s performative gestures are the sources of images in which the body eventually appears, magnified as a transported shadow.

Carrier of an electric charge, the matter of the body itself is a vehicle, a vector. This is what the final sequence of EchoChamber suggests: the link between the world and the self, between the outside and the inside – remanence emanating from the echo chamber.

For more than 15 years, Martin Messier has created works in which sound meets images and objects. In the form of performances and installations – with a choreographic tone – , these works place the body front and centre.

In 2010, he established 14 lieux, a company dedicated to producing sound works for the stage, and has been its general and artistic director since then. He lives and works in Montreal.