knotting the memory//Encoding the khipu 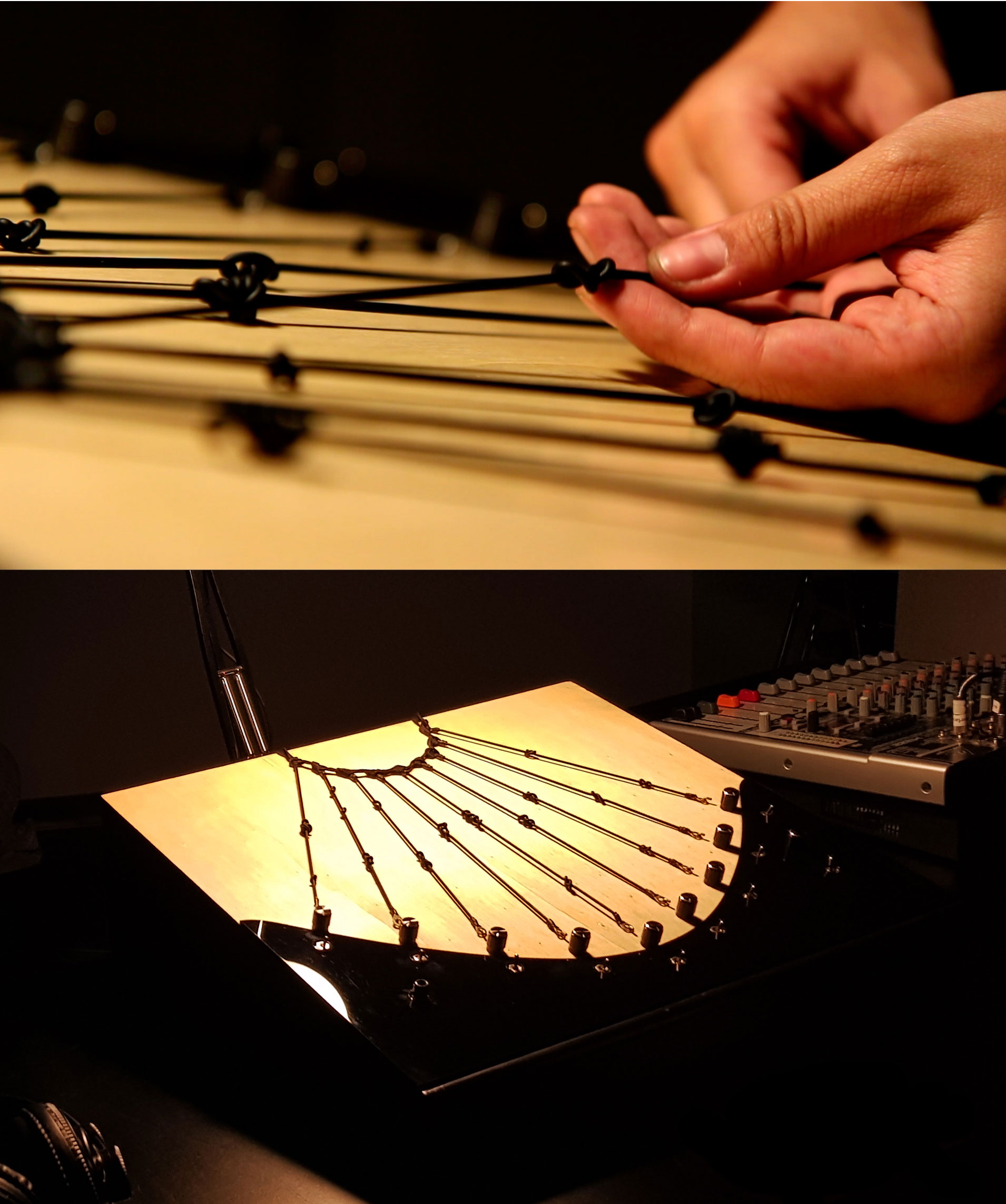 knotting the memory//Encoding the khipu

AFTER ITS PREMIERE, YOU CAN FIND THIS CONTENT ON PERFORMANCES CATEGORY

A Khipu is a device that was used in the ancient Inca Empire for the processing and transmission of statistical and narrative information. Linked to textile art, it is a tangible interface encrypted in knots and cords of cotton and wool. This system was widely used throughout the Andean region, until the Spanish colonization that prohibited and destroyed much of the existing Khipus.
This performance wants to pay homage to the Khipu, reusing it as an electronic instrument for interaction and generation of experimental live sound and video. The artist will be a contemporary *khipukamayuq* (Khipu knotter) who from a decolonial perspective seeks to encode the interrupted legacy of this ancestral practice through the knots. With each knot made, an audiovisual composition is constructed that yearns to vindicate the memory and indigenous resistance of the native peoples of the Andes.

Patricia Cadavid H. (CO)
Is an immigrant, artist, and researcher, born in Colombia. In her work she looks the relationships and effects of coloniality, new media and social networks from the migratory experience and decolonial &amp; anticolonial thinking, her current work is related on the vindication of the memory contained in the ancestral interfaces of the Andes that have been taken away by colonization, reusing them in new artistic processes related to video, sound and multimedia performance. She is a student at the Kunstuniversität Linz in The Interface Cultures Master program. Her work has been exhibited in different spaces and festivals in Mexico, Austria, Spain, Germany, and Colombia.