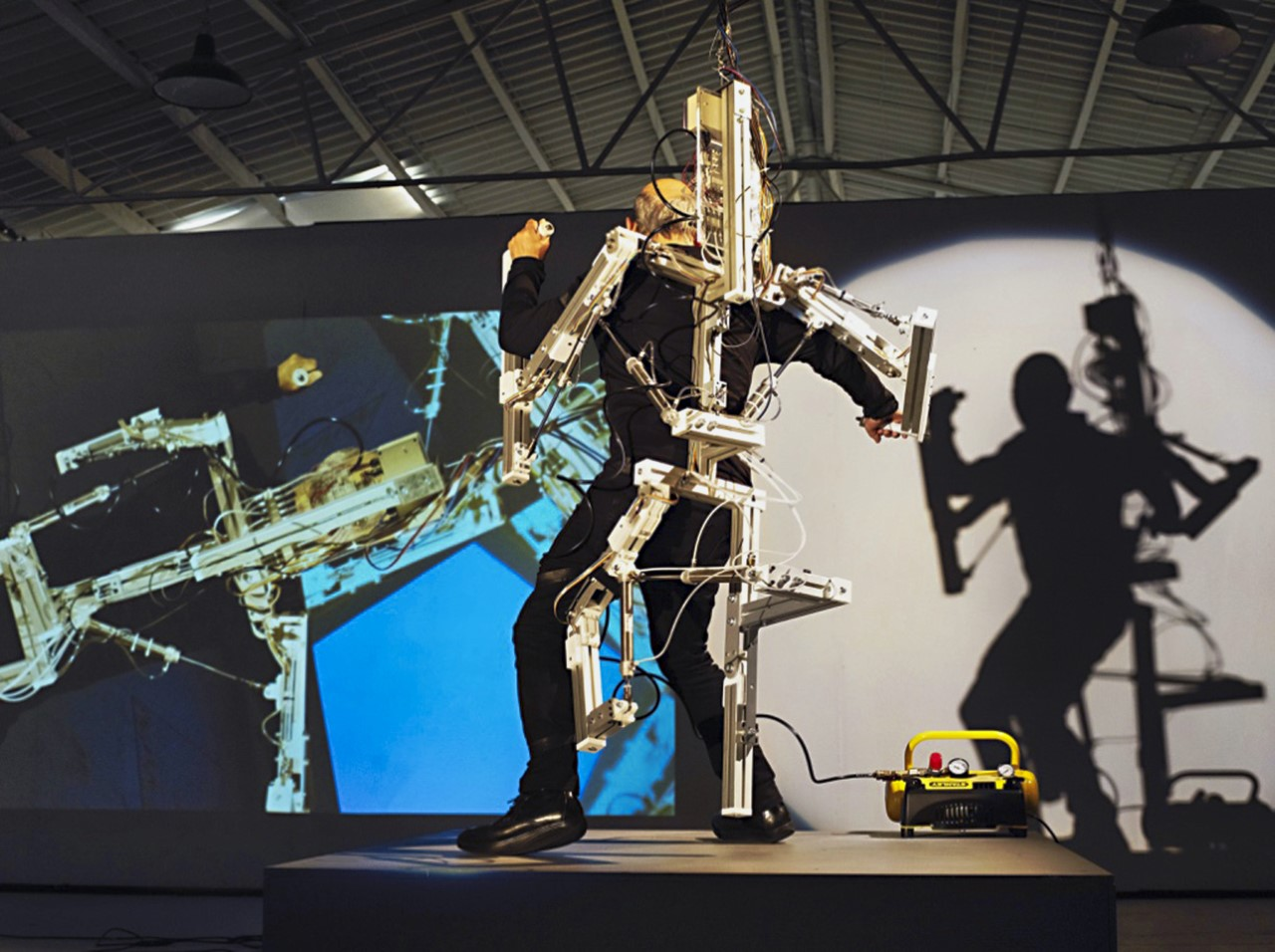 In this Age of Excess, the body and the human are unstable constructs. The dead, the near-dead, the brain dead, the yet to be born, the partially living and synthetic life all now share a material and proximal existence, with other living bodies, intelligent machines and executable and viral code. Bodies become end-effectors of other bodies and machines. We see and hear with other eyes and ears elsewhere. Bodies become hosts for multiple and remote agents. Fractal Flesh and Phantom Flesh proliferates, generating chimeras ofalternative anatomical architectures.The body is now augmented and accelerated by its machines and computational systems, performing beyond the boundaries of its skin and beyond the local space it inhabits, oscillating between the actual and the virtual. And what artists do best is to generate Contestable Futures, possibilities that can be performed, interrogated, evaluated and meaningfully articulated. Possibly appropriated, but most likely discarded.

Stelarc’s performances incorporate Prosthetics, Robotics, VR, the Internet and Biotechnology. He has performed with a Third Hand, a Stomach Sculpture and Exoskeleton, a 6-legged walking robot. Fractal Flesh, Ping Body and Parasite explore online remote and involuntary choreography using a muscle stimulation system. Stelarc has surgically constructed an ear on his arm, that will be electronically augmented and internet enabled. Reclining StickMan is a 9m long robot that is algorithmically actuated and can be remote controlled. In 1996 he was made an Honorary Professor of Art and Robotics, Carnegie Mellon University and in 2002 was awarded an Honorary Doctor of Laws by Monash University. In 2010 he was awarded the Ars Electronica Hybrid Arts Prize. In 2015 he received the Australia Council’s Emerging and Experimental Arts Award. In 2016 he was awarded an Honorary Doctorate from the Ionian University, Corfu. His artwork is represented by Scott Livesey Galleries, Melbourne. www.stelarc.org