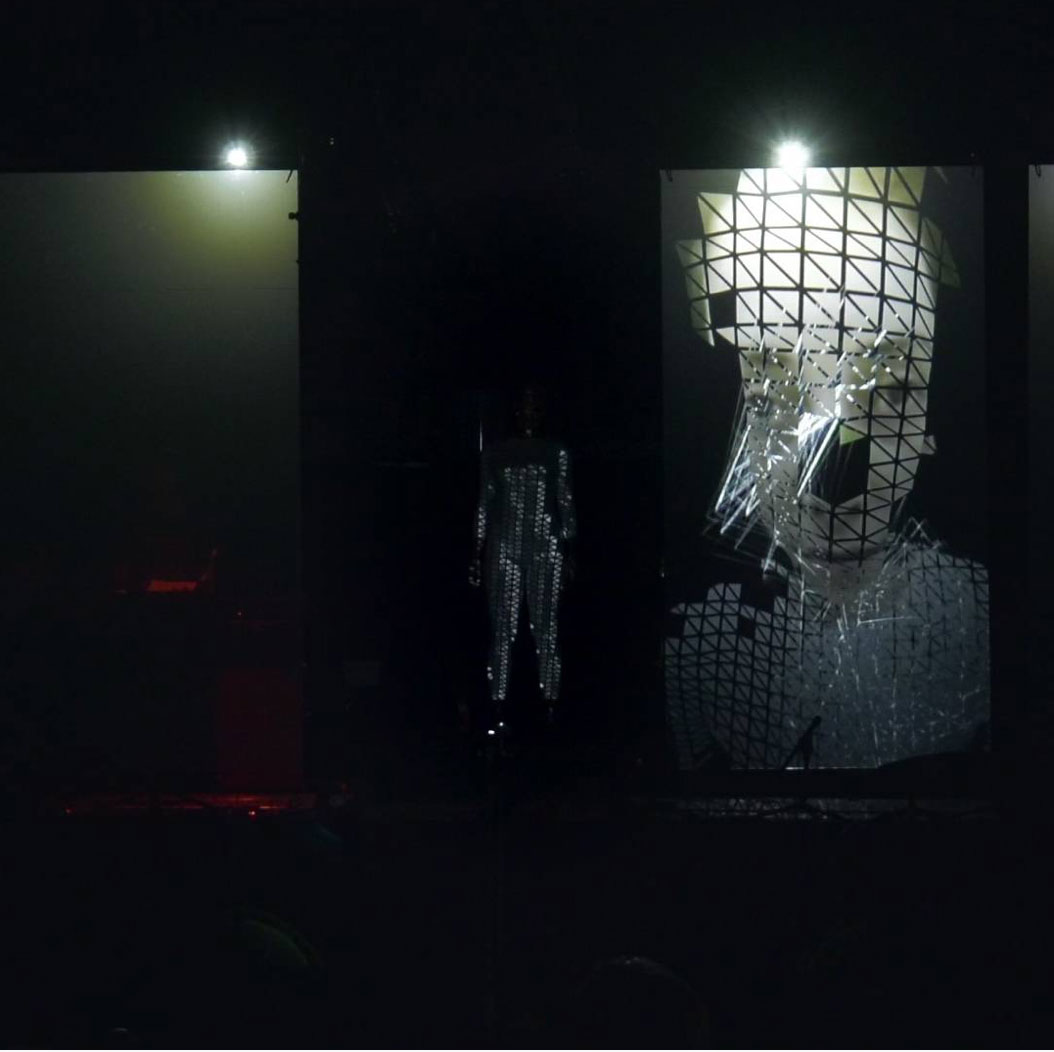 A transmedia music theater with audio-visual installations.Embracing the concept of Gesamtkunstwerk, aims to create a new experience of immersive theatrical ‘exhibition’, to question and explore the emotional and moral relationship between man and
environment now and in the near future.‘Through the darkness of future past, the magician longs to see, one chance out between two worlds, fire walk with me’ – David Lynch

We are in the transition into a new world. The Covid-19 epidemic,as we’re seeing now, have tremendous effects on economic, social and political stabilities. Each of us came to question: what will ourfuture look like? And what will the world look like after Covid-19? The focus of this work is a longer-term research. The work isconfigured as a conversation between philosophical concept and artwork, takes place within a context where the difference between the mankind before Covid-19 and the mankind after it. This piece aims to examine the ways how Covid-19 outbreak shapes humankind, alters the societies, affecting personal relationships, and the man-made and natural environments. To hold up the mirror to human beings, to reflect our relationships with the environment—the built environment that we create and the natural environment that responds. They show the moral relationships that we have toward each other as people.
Museum of Mankind aims to create an artificial reality along with two stages, to blur the boundaries between human and artificial perceptions, the living and ‘non-living’ things. Shifting between experimental exhibition, research platform, and performance, between science, technology and design, inspired by the both case studies: Sound Installation Rainforest V(variation 1) conceived by David Tudor and realized by Composers Inside Electronics Inc., which was exhibited at MoMA NYC 2019-2020. And Oskar Schlemmer s work Das triadisches Ballet, which was the major Total theater to explore the objectification of the body through costume and stage design, and the symbiosis of body as form in time and space.

Wen is also a media artist working with music, video, dance, projections, and other interdisciplinary forms. Her award-winning projects are built of collaborations with artists across genres and fields, such as dancers, performers, visual artists, and many others. She was a member of electronic computer music ensemble at IEM Graz. Wen is the founder and artistic director of Festival M.A.R.S. (Music & Arts ReSound), an annual international festival for contemporary music and arts. to explore a new vision and to create a new form by combining science and technology with the expression of music and art. The first edition of M.A.R.S. was launched in Los Angeles, April 2017.