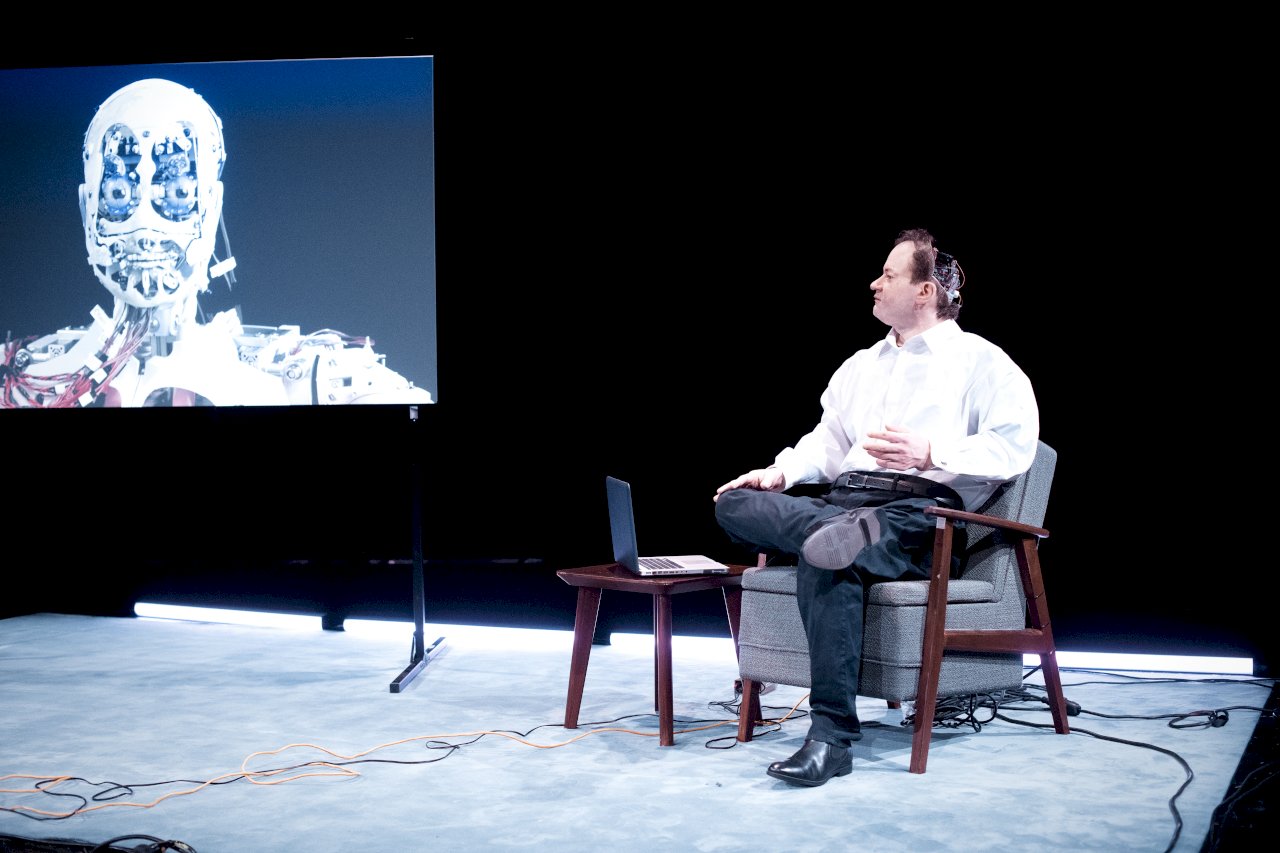 We mostly think of robots as work machines, as efficient and precise executors of tasks. In German industry, they barely look like people, to avoid emotional complications. Unlike in Asia, where humanoid robots have already been developed for some time, for example for care-work or as sex partners. The external similarity to human beings makes the acceptance of machines easier. However, if the machine is too similar to a human, we begin to feel mistrust: what is human, what is machine? Japanese robotics researchers call this weird similarity the “uncanny valley”.
For his new play, Stefan Kaegi works with a writer and playwright for the first time: Thomas Melle allowed an animatronic double of himself to be made. This humanoid takes the author’s place and throws up questions: what does it mean for the original when the copy takes over? Does the original get to know himself better through his electronic double? Do the copy and his original compete or do they help each other?

Helgard Haug, Stefan Kaegi and Daniel Wetzel founded the theatre-label Rimini Protokoll in 2000 and have since worked in different constellations under this name. Work by work they have expanded the means of the theatre to create new perspectives on reality.
Rimini Protokoll often develop their stage-works, interventions, performative installations and audio plays together with experts who have gained their knowledge and skills beyond the theatre. Furthermore, they like to transpose rooms or social structures into theatrical formats. Many of their works feature interactivity and a playful use of technology.