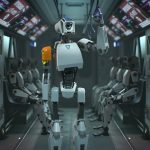 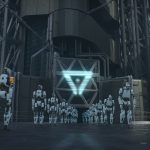 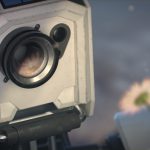 ‘ALMA’ is an award winning 3D animated short film. It was produced within eighteen weeks, entirely remotely, by 2nd & 3rd year students at Escape Studios in London. It is written & directed by Rola Hafez, Francesco Cordari and Alexandra Megerdichian, and it was produced by Emmanouil Zervoudakis. ‘ALMA’ is about following a robot’s daily commute and routine to reflect on human life, aim and purpose.

BY  Rola Hafez Francesco Cordari Alexandra Megerdichian  (UK)
Rola Hafez graduated from Escape Studios with an MA in Computer Animation. This is her first published animated film.
In 2021, Animation
0 Facebook Twitter Pinterest
Please Login
Please Register
We use cookies to ensure that we give you the best experience on our website. If you continue to use this site we will assume that you are happy with it.AcceptDeclineTerms & Conditions
You can revoke your consent any time using the revoke consent button.Revoke Cookies Consent