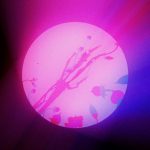 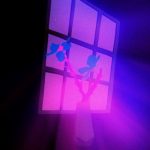 Maniac Landscapes came from a series of recurring dreams where I could hear crying, always very distant, always from a person I was never able to see, but always somehow close to me. These dreams often feel like precognitions, only of some parallel life. Though I was only a ghostly observer in these dreams I was able to feel the impact of this unknown and heavy sorrow on the physicality of the house itself. The things in the film are not literal images I experienced. The dreams were mostly just sensations and unseen premonitions of where the house was and who was in it with me. Never narrative explorations within it. Any meaning I would later try to project onto these experiences perverted the explorations the dreamer came away from.

BY  Matthew Wade (US)
Matthew Wade is an American director, writer, editor, composer, illustrator, and animator based in the Pacific Northwest. He has written and directed two feature films, A Black Rift Begins to Yawn (2021) and How the Sky Will Melt (2015) and a handful of award-winning shorts. His films have been screened in Oscar-qualifying international film festivals, gallery shows, installations, and been featured in several art and film publications in the US and UK.
In 2021, Animation
0 Facebook Twitter Pinterest
Please Login
Please Register
We use cookies to ensure that we give you the best experience on our website. If you continue to use this site we will assume that you are happy with it.AcceptDeclineTerms & Conditions
You can revoke your consent any time using the revoke consent button.Revoke Cookies Consent