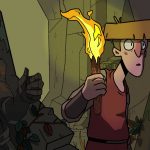 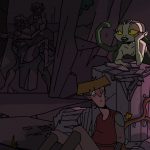 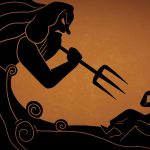 Residing in a cave, hidden deep in the forest, Medusa keeps herself isolated away from others. Her only wish is to be left alone in solitude, yet time and time again self-proclaimed ‘heroes’ invade wishing to see her slain. Growing tired of this cursed cycle, Medusa finds herself lamenting to our hero; and perhaps this time she will be heard.

BY  Haraldur Petursson (UK)
Haraldur, or Halli for short, is an animator/illustrator from Iceland. Halli studied illustration in Reykjavik school of visual arts and graduated with a Diploma in 2016 and in 2020 he graduated from Leeds arts university with a BA Honours in Animation. Heart of Stone was Halli’s and Hannah Holliman’s graduation project and it was also Halli’s debut as a director. Halli has a lot of hobbies and interests, therefore barely has any time for life, but some say that if you look in the direction of the sun when stars line up you may be able to see him sculking out of the dark corner of his room in search of provisions.
In 2021, Animation
0 Facebook Twitter Pinterest
Please Login
Please Register
We use cookies to ensure that we give you the best experience on our website. If you continue to use this site we will assume that you are happy with it.AcceptDeclineTerms & Conditions
You can revoke your consent any time using the revoke consent button.Revoke Cookies Consent