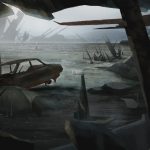 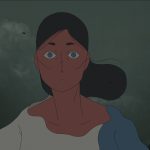 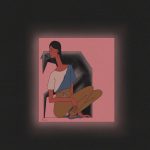 Two girls live together along the post-apocalyptic coast, both sharing the same goal of reaching the other side in hopes of a better life. However, when a mysterious character enters the life of one, a chain of irreversible events begins. Relationships fall apart along with the very world around them.

BY  Reka Anna Szakaly (HU)
Réka Anna Szakály was born in Tatabánya in 1995. She graduated in 2020 with a master's degree in animation from Moholy-Nagy University. Her diploma film has been screened at several international festivals, including Sarajevo, American GLAS, Swiss Fantoche, and Danish VAF and got on the BAFTA Student Award shortlist. She won the Best Hungarian Animation award at Friss Hús International Film Festival. Réka is a founding member of the creative group of Hungarian Animations for Community Purposes, their short films are dealing with current social issues.
In 2021, Animation
0 Facebook Twitter Pinterest
Please Login
Please Register
We use cookies to ensure that we give you the best experience on our website. If you continue to use this site we will assume that you are happy with it.AcceptDeclineTerms & Conditions
You can revoke your consent any time using the revoke consent button.Revoke Cookies Consent